The extension is among the hallmarks characterizing the National Park. Thanks to its approximately 193,000 hectares, it represents the largest protected area in Italy, involving 2 regions, namely Calabria and Basilicata, 3 provinces and 56 municipalities.
Remarkable environments and habitats coexist in its boundaries. They directly influence the ecosystem value of the Park, but also the historical and cultural value of these areas.
The symbol and emblem of the National Park is the Pino Loricato, indicated as Pinus heldreichii subsp. leucodermis Antoine: a real plant rarity which came to these places thousands of years ago. This tree is able to reach remarkable heights, taking on a regal appearance and bearing that seem to defy time and weather far from favorable.
Its fame is made even more interesting by the remarkable longevity of the plant, thanks to the presence of thousand-year-old living specimens. No one, whether he is a scholar or a hiker, remains impassive in the face of these old wise trees.
​
The large extension of the Park offers a wide variety of itineraries that can be walked by those who are at the first experiences and want to start with not too demanding walks, up to the more experienced hikers, who are able to test themselves thanks to different routes, by which it is possible to reach the highest peaks of Southern Italy.
If you want to visit the heart of the park, many of the most important itineraries are those that start from Colle Impiso by winding to the main peaks: Serra Dolcedorme (2267 m), Monte Pollino (2248 m), Serra del Prete (2180 m), Serra delle Ciavole (2130 m) and Serra Crispo (2054 m) to be able to admire amazing plateaus that alternate between these peaks and the extraordinary Pini Loricati, which embellish the amazing landscapes of these places.
​ 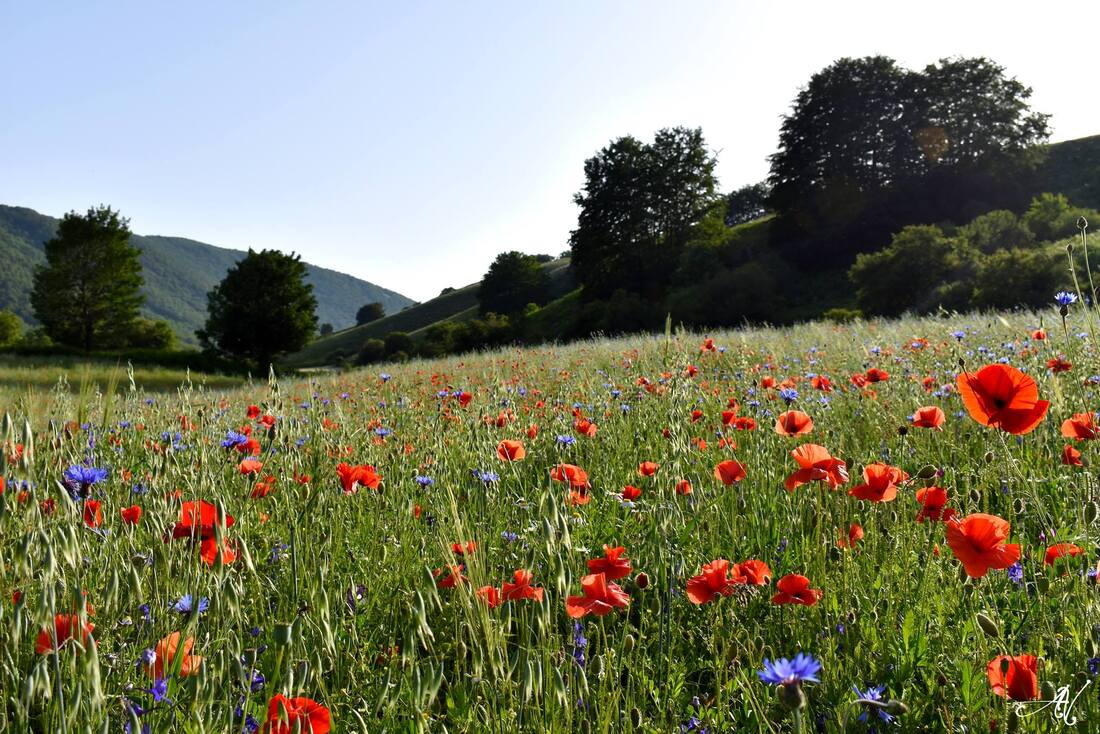 Furthmore, for those who appreciate rocky walls and are more interested in geo-morphological aspects, the area of the high Valle del Raganello is proposed as a favourite territory, together with some of the most impressive rock faces, such as Falconara, Timpa S. Lorenzo, Timpa del Demonio. The Gole del Raganello themselves, formed over the centuries, are an important peculiarity of the area.
Moreover, these areas represent the main habitat both for large and small birds of prey, such as golden eagle, peregrine falcon, griffon vulture and others, which are attracted by overhanging walls, ideal places to build their nests.
The "Little Dolomites" of Frascineto and the Petrosa area of Castrovillari represent other two relevant places for the geological features that distinguish them.
Another very important area is the Massiccio del Pellegrino, that is the area of the Park extending along the Tyrrhenian ridge. It is full of intricate valleys and narrow gorges remained unspoiled for a long time. It is in this place that it is possible to find wide beech woods and such a lot of watercourses that make the area green and lush. The astonishing and wild Valle dell’Argentino, one of the most pristine areas belonging to the Park, is a remarkable example.
Another important feature of this area is due to the presence of plateaus located along the entire ridge, from Piano di Mezzo to Piano di Novacco and Piano di Campolongo.
Besides, there is no shortage of important peaks, such as Cozzo del Pellegrino (1987 m), Mula (1935 m), Montea (1825 m), Monte Palanuda (1632 m).
​
In addition to the natural beauty, for those who also want to admire villages with a rich history and important artistic value, Morano Calabro, Mormanno, Laino Borgo and Laino Castello, San Donato di Ninea, San Sosti, Frascineto, Civita, Francavilla Marittima, Aieta and Orsomarso would open the doors wide on the Calabrian side, while Rotonda, Viggianello, San Severino Lucano and Terranova di Pollino are waiting for you on that Lucanian one.
The history of these Municipalities is intertwined with that of the different cultures that inhabited and occupied the same territories in past ages, such as Oenotrians, Bruzi, Greeks, Romans, Byzantines, Langobards, Normans, Suevians, Aragoneses, Bourbons and the French.
Each of these peoples has left a mark of their own presence in the architecture, art or religion belonging to the villages of the Park.
A particular mention has to be made about the countries of Arbëreshë origin, an ethnic minority that further characterizes Pollino National Park, together with the different churches and shrines located in many of the villages listed above.
​

For schoolchildren, groups and associations, as well as hiking activities properly said, it is possible to carry out activities, on request, concerning environmental education or interpretation, which allow to combine the recreational and more tourist side of the mountain walk with the educational and didactic aspect, which also offers a series of ideas, concepts and reflections, including a formative component to the lived experience.
​For further requests and information please contact me here:
Contact